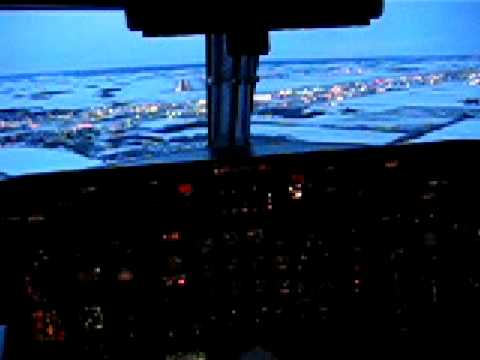 Music to Your Ears

When was the last time you walked into an airport and ran into a group of folk singers?  Maybe in Peru you’ll run into the occasional Pan flautist, but the odds are that he or she isn’t paid to be there.  However that’s not true in Edmonton.

The Edmonton International Airport (YEG) goes out of its way to hire musicians, from singers to harpists, so you can experience beautiful live music while you’re there.  That is just so “Canadian”!  Certainly the eight million passengers per year that pass through seem to enjoy it.

For this airport Jack Shadbolt was commissioned to create a large mural in 1963 for which he was paid $18,000.  An appraisal in 2005 indicated that it was in fact worth three quarters of a million dollars, and so a restoration of the mural was undertaken shortly thereafter.

It’s a relatively young airport having only opened in November of 1960.  It lived up to the expectation that it would grow rapidly because during the 1970s the city of Edmonton was on a strong upward curve.

Throughout the 1980s, and up until 1995, passenger traffic diminished significantly; the city seemed bent on sabotaging its own airport for those 15 years.  That is to say the airport that was situated on 28 square kilometres of land, and 26 kilometres out of town.

Edmontonians seem perfectly willing to continue to use little City Centre Airport.  Although it could not support long-haul wide-body jets, the available short-haul flights provided connections to nearby hubs where passengers could transfer to flights headed for more distant locations.

Eventually the citizens realized what they were doing to themselves and the city voted to consolidate all jet service at YEG.  Part of this consolidation included additional development of the airport increasing its capacity; it had handled a mere two million passengers in 1980, but after the redevelopment they arrived at the point where they could handle 5½ million by 2005.

Further expansion was completed in 2013 providing plenty of capacity for future growth, as well as passenger conveniences such as moving walkways, comfortable lounges, additional parking, and new retail space.

Still in the works are highway improvements in the area to increase access.  Once those are complete there are plans to extend runway 12/30 to over 4000 metres, and add a brand new runway, 11/29, which will be over 3500 m long.

The video quality isn’t great, but this seems like a fair trade-off to experience an unusual landing.  This is a De Havilland Dash-8 commuter plane run by the JAZZ branch of Air Canada.  If you’re not familiar with it, the Dash-8 is a twin-engine turboprop plane and, for JAZZ at least, it comes in lots of pretty colours!

The interior is a modern, comfortable, reasonably spacious, and the plane is quick for the distance it usually has to travel.  More importantly if there’s a flock of seagulls, or ducks, or geese flying by, it is a heck of a lot less worrisome.

Birds may have been in the air a lot longer than people, but that doesn’t make them particularly smart.  When you see something that’s 1,000 times bigger than you why would you fly towards it?

Fortunately with a prop plane they might make an offensive mess on the windows for a passenger, but they won’t kill your engine.  These sorts of planes are ideally suited for places where there are high populations of birds, such as cities located at or near a body of water.

To add that extra layer of reality, don’t forget to check out the Flight Radar.  If you’re a fan of Air Traffic Control you can watch the skies around Edmonton international Airport here.  Clicking on any plane will identify it for you, and as always, light blue means the plane is inbound to the airport, green means it is outbound from the airport, and pale gray and means it’s merely passing through the airspace.

There just been three incidents to speak of—one in 1973 when a newly certified co-pilot was flying in inclement weather (snow), on approach to YEG and had an excessive sink-rate.  The captain took over and tried to arrest the sink-rate, but was unsuccessful on the heavily loaded cargo plane with 86 cattle aboard.

The craft struck the ground a glancing blow, tangled with some power lines and struck a berm in the middle of a gravel pit which broke the plane in half, ejecting the cattle, sending them over hundred metres forward of the crash site.  There were no survivors.

The second incident, in 2012, involved a Cessna Citation V.  It was on a short flight from City Center Airport to Edmonton International; its right landing gear collapsed on touchdown and the aircraft left the runway.

Finally, in 2014, a JAZZ Dash-8 flight experienced a blown tire on takeoff from Calgary International Airport (YYC).  It’s likely that it hit a solid object on the runway.

Cross winds prevented a direct return to Calgary International, so they diverted to Edmonton International.  Similar to the previous incident, the oscillations from the destroyed tire caused the right landing gear to collapse.  This allowed the propeller blades to contact the ground and they immediately sheared off.  One penetrated the cabin in passenger row seven.  There were no fatalities.

While ranking fifth in Canada for total passenger traffic, YEG ranks second when it comes to sheer size.  Much of the land purchased for the Airport is still under cultivation by the original owners.  They’ve been generously granted free access to the land until it is required for the Airport.

Edmonton International offers nonstop flights (though as George Carlin once pointed out, “Not for me!  At some point I want my flight to stop…) to some surprising destinations such as Reykjavik (Iceland), London (England), the Bahamas, Liberia, Montego Bay (Jamaica), Cuba, and Amsterdam.  Maybe you ought to give it a try if you really want to get out of town for the weekend!