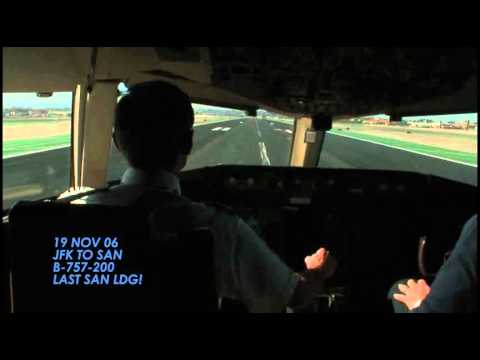 There’s an old joke about how you should always invest in land “because they’re not making any more of it.”  Well, in 1962 the new Mayor, Jean Drapeau, of Montreal, Québec (Canada) won the honour of hosting the 1967 World’s Fair.

Figuring where to put it fuelled land speculation and Drapeau finally had enough of it, so he proposed building new islands right on the St. Lawrence River as well as expanding the existing Saint Helen’s Island.  It was a good plan, and with visitors topping half a million people per day, it went very smoothly.  But he wasn’t the first one to think of this…

Back in 1929, Lindbergh Field on San Diego’s shoreline (originally commissioned in 1927 as a grassy and often muddy place to put planes down and take off again), needed to expand but there was no real place to do so—it was tight up against the city.  By cleverly dredging the harbour, they doubled the size of the airport to 267 hectares (661 acres) for just the cost of the operations and not having to purchase any land!

The name itself is derived from the world famous aviator Charles A. Lindbergh who, though shy and self-effacing, nevertheless lent his name to the fledgling airport.  It was the home of Ryan Aviation that built his famous “Spirit of St. Louis” aircraft, in which he was the first to fly across the Atlantic Ocean in one continuous flight in 1927.

Ryan, having a strong interest in promoting aviation, agreed to build the plane at cost, which turned out to be a little over $10,000.  Lindberg contributed $2000 of his own capital and raised an additional $8000 from financial backers in the city of St. Louis, hence the name of the aircraft.

Lindbergh himself was a demonstration pilot and barnstormer; he was actually responsible for early airmail delivery between Chicago and St. Louis but eventually found himself wondering about the Orteig Prize, for accomplishing the first flight across the Atlantic from New York to Paris.  The prize was $25,000 in 1927, which is the equivalent of about a third of $1,000,000 right now.

There was no need to fly the flight solo; he elected to do so in order to save weight and make the flight as efficient as possible.  He was so meticulous about the weight that he tore all of the blank pages out of his notebook, declined to take a parachute, and refused $1000 to carry a sack of mail.  Needless to say, he won, and unfortunately many others attempting the feat with larger, multi-engine planes failed and several died.

He once said something similar to “I am but the match that has ignited a bonfire of interest in aviation.”  Modest as he was, he forever changed aviation history, and it all started in San Diego.

In 1930, San Diego Airport (SAN) initiated the first mail route, connecting them to Los Angeles.  In 1942, San Diego built vast numbers of aircraft for WWII; army engineers beefed-up the runways to handle the heavy bombers.  At 2,666 metres (8,750 feet) SAN was jet-ready well before 1960, when all-jet service finally came into being.

Though it would have been impossible to imagine back in 1928, Lindbergh Field now sports a 2,865 metre (9,400 feet) runway that is over 60 metres (200 feet) wide.  It has two terminals and a combined 51 gates, serving 20,000,000 passengers per year.  It also boasts 17 passenger carriers and an additional five cargo carriers providing more than 57 nonstop destinations throughout the year.

Of course, as usual, you want to see an aircraft landing at the airport.  This time the selection shows a view straight out the front window of the aircraft, and the very last landing for a retiring Captain at age 60.  It is dead-on, smooth, and perfect!

Oddly enough, San Diego does not seem to be vain enough (or simply possess the faith that they are interesting enough) to support on site airport cameras.  Experience has shown that sharing your airport with the online community increases traffic, but maybe they have not encountered that particular factoid.

Still, if you want to look, you can go here and select Shelter Island (North) Bali Hai to watch the planes come and go (look just above the building with the red roof).  Bear in mind that nothing takes off between 11:30 PM and 6:30 AM due to noise restrictions, though planes are free to land there 24 hours a day.

The Airport itself has won two Orchid Awards.  One was presented for its interior architecture, and another for its green building and public art.  They also hold the very first LEED-Platinum Certified airport terminal ever presented.

For those that like to see what’s in the air and get a good idea of just how busy an individual airport might be, you can go to flightradar24.com to look for a particular airport.  This link will take you to the air-space surrounding San Diego.

For those that like listening to the hurried-calm atmosphere of the ship-to-ground radio communications go here to listen to live ATC communications.

Debate continues on how to update the airport for the 21st century.  They have just finished a major expansion of concessions and car rental facilities.  Nevertheless it is size-constrained at the moment because of its location.  One of the favored candidates at the moment is the southern edge of Camp Pendleton at the still extant Munn Field airstrip.  Discussions have included a floating airport, eliminating the land-issue altogether.

Of the six incidents recorded it this Airport, four have been first flights of newly designed aircraft with only flight crews and no passengers.  One was ground-based when an unqualified mechanic working on an aircraft set it alight.  The last one, in 1978, was an actual air incident when a two-passenger Cessna crashed into a Boeing 727, downing both planes in San Diego’s North Park killing 142 people, seven of which were on the ground in the park.

From a muddy spot next to the bay, that gave a flying start to a fledgling aviation industry, to the largest, busiest single runway airport in the United States, it has been quite a journey for Lindbergh field.  So now you have a choice: you can go to the Smithsonian Institute in Washington, DC, and see the Spirit of St. Louis, or, if you’re on the West Coast, you can drop by SAN, and look at the accurate recreation that greets you when you enter the terminal building.